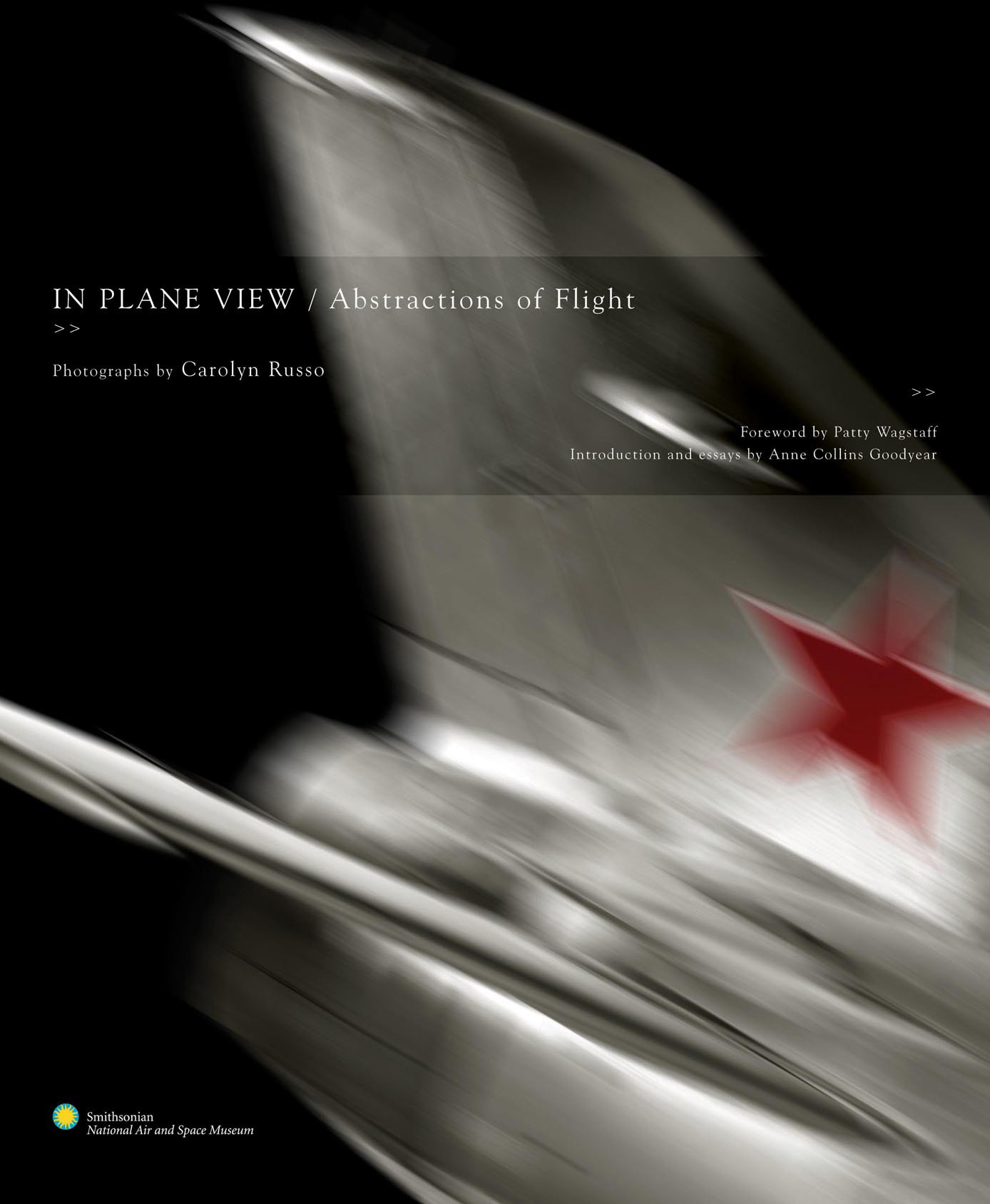 From the book jacket of:

IN PLANE VIEW / Abstractions of Flight

“Painting has come to an end. Who can do better than this propeller? Can you?”

In Plane View: Abstractions of Flight, by Smithsonian National Air and Space Museum photographer Carolyn Russo, redirects our attention to the often-overlooked simple beauty of aircraft design. With precedents in the work of Robert Delaunay, Charles Sheeler, and Arshile Gorky, among others, Russo uses fine art photography to bring out new visual dimensions of these powerful symbols of the twentieth century, transforming them into works of art. Russo’s striking color photographs distill the complexity of civil and military airplanes and spaceships into bold combinations of line, shape, light, and color.

Beautiful in themselves, Carolyn Russo’s photographs become even more intriguing when we learn their source: the iconic aircraft and spacecraft of the Smithsonian’s National Air and Space Museum in Washington, D.C. Through her unconventional approach Russo reveals new layers of meaning, from the whimsical to the profound, in the appearance of some of history’s most revered flying machines. Juxtaposed with the images, which reveal the photographer’s playful and discerning eye, are informative descriptions both of Russo’s artistry and of the aircraft she pictures. The combination provides fresh perspectives on photography and flight that will leave audiences looking at the world with new eyes.

The book features 90 color photographs, quotes by aviators, artists, and poets, historical captions on each craft, and interpretive essays by Anne Collins Goodyear, assistant curator of prints and drawings at the Smithsonian’s National Portrait Gallery, who specializes in the relationship between art, science, and technology.

Other books by Carolyn Russo